Zulat works to reestablish the legitimacy of democracy, equality, and human rights in Israel, using focused research as a catalyst for strategic action and advocacy.

Zulat (“fellow person” in Hebrew) is a new think tank set to become an influential body for advocacy and policy on equality and human rights. Zulat acts as a bridge between politics and civil society to ensure far-reaching impact, taking an activist approach to change, generating legislation, and advocating for it. Our goal is to promote a Bill of Rights and codified constitution for Israel by advancing a series of Basic Laws on human and social rights. While this may seem, a distant vision given the political climate and the impact of the coronavirus pandemic, to bring about a substantial, positive shift on issues concerning rights and equality and build a broad public basis of support, they must first be put back on the agenda.

As part of our approach, Zulat seeks to create a groundswell of support for civil rights and liberties through a complete overhaul of the public and media discourse around these issues, which have been dominated by the right wing for too long. Zulat wants to protect and safeguard human rights and equality in Israel and combat the delegitimization of liberal values. Our activities are based on the belief that progressive forces must immediately go on the offensive, break out of the trench-warfare tactics that have served the right for over a decade, and proactively lead a campaign that radically redefines the agenda.

For a decade, the unrelenting assault on Israel’s progressive camp, combined with the rise of corruption and ultranationalism, have found Israel’s democratic defenders with their backs to the wall, forced to take defensive – and often losing – positions. The threat to the democratic fiber of our society is compounded further by extreme right-wing think tanks and educational institutions that enjoy lavish budgets. Progressive organizations have seen their resources decimated and have failed to cope with the onslaught. Left unchecked, we are likely to see fresh efforts to enact discriminatory policies, suppress and eradicate human rights, further shrinking the space for civil society.

This crisis was heightened further by coronavirus and its use as a cover for measures to paralyze the judicial branch, impair the independence of the Knesset and damage the free media to usurp more power. The coronavirus emergency left Israeli society facing enormous challenges not only in health and the economy but also constitutionally and politically. Israel must face up to the long-term impact of decisions taken by an interim Israeli government at a time of unprecedented uncertainty. Decisions about life and death have had a profound impact on the public domain, democracy, and the defense of human rights in the State of Israel. It is the state’s duty to implement measures and take steps during an emergency to save lives, but the government abused the situation with measures that suspend civil and human rights, further endangering Israeli democracy. In the long-term, coronavirus may be contained, but the mechanisms of control established during the pandemic and their dramatic implications for democracy and the public sphere constitute a long-term threat to our fundamental freedoms.

To fully understand the extent of the ongoing institutional coup and to halt the anti-democratic processes, we need to let go of outdated beliefs that Israel still has three functioning branches of government with equal power (the executive, legislature, and judiciary) and a media that truly fulfills its role as the Fourth Estate. This outlook no longer stands up to the test of reality, especially in the face of the severe crisis we see today.

Zulat was founded by former Meretz chair and senior parliamentarian Zehava Galon to ensure a progressive future for Israel. The battle for Israel’s identity is entering the decisive phase. This is too important to be left to politicians and requires a strong civil society that can promote and protect liberal values. Zulat therefore aims to build partnerships with pro-democratic forces to reshape the national discourse around human rights and equality.

Zulat combines research, activism, campaigning, and direct action all under one umbrella. We focus on major issues threatening Israel’s democratic future – incitement against Arab citizens, the continuing occupation and moves for annexation of the West Bank, and delegitimization of civil society. Zulat will serve as a counterweight to an extremist hegemony endangering Israel, where corruption and ultranationalism threaten the system. Zulat works to change the dynamic by presenting an independent and positive agenda that helps pro-democracy forces take the offensive and reshape the discourse. There is now a fresh energy driving a resurgence of the progressive camp. Zulat will work to build collaborations in civil society to conduct wide-scale, multi-faceted campaigns that lead to change. These coalitions will provide support and solidarity as together we battle racism and intolerance and promote equality. Zulat is unique, aiming to redefine the Israeli agenda and bring about real change, increasing the demand for progressive ideas.

Zulat is proposing a comprehensive strategic vision for the next decade, one that puts human rights and equality front and center to firmly establish the pro-democratic discourse as the leading force in Israeli society and counteract the lurch rightwards.

In the absence of a pluralistic codified constitution with a Bill of Rights that establishes the rules of the democratic game, equality and the democratic tradition are left open to attack, and it is difficult to defend human rights in Israel. The lack of a constitution that protects the rights of minorities has enabled the erosion of their status and the delegitimization of their place in Israeli society.

Our belief in the urgent need for a Bill of Rights and codified constitution was reinforced by the coronavirus crisis and the detrimental impact on civil rights. The best way to protect human rights is to act now to advance a constitution, along with a massive public and media campaign to ensure widespread support. Zulat believes that there is a fundamental link between the advancement of human rights and the defense of democratic values, and that the achievement of these objectives requires a strategic approach to cultivate public support.

Zulat’s staff works closely with our Board and Steering Committee, which reflect Israel’s diversity and strengths and define our strategy and outreach. Priority areas focus on the full spectrum of rights and issues of equality, including those faced by Arab citizens of Israel, Palestinians in the Occupied Territories, and other minorities, and aim to reframe the debate, creating a positive discourse about the strengths and benefits for all in a more tolerant society.

Over the next decade, Zulat will:

Bringing together senior public figures, leading activists, and civil society, Zulat addresses the urgent challenges faced by the pro-democratic camp in Israel, in deep crisis given the erosion of civil rights and values and heightened by the government’s handling of the coronavirus crisis. It will influence decision makers through a variety of avenues, including an immediate, sustained campaign in the public sphere via media and online platforms to shift public opinion back in favor of equality and human rights. Zulat has an ambitious program of strategic activism and will work with other organizations in addition to conducting its own in-depth studies to inform its activities. In the next three years, Zulat aims to increase the salience of human rights in the agenda of the pro-democracy camp and lay the groundwork for fundamental change. The first stage must entail consolidation of this camp around an ambitious and proactive agenda to reshape Israel’s democratic framework.

Advocacy: Draft and advance new Basic Laws on issues such as human rights, social rights, and freedom of and from religion, moving Israel towards a codified constitution and Bill of Rights.

Opposing annexation: Address the desensitization of the Israeli public to the legitimate rights of the Palestinians by tackling head on the “whitewashed” language used to obscure the occupation; highlight the implications of a one-state reality by delegitimizing unilateral annexation and keep the two-state solution on the agenda.

Media monitoring: Reshape the discourse by addressing inciting and erroneous comments and reports, including from senior officials and prominent journalists.

International activity: Work with Israeli and international NGOs, forging alliances with progressive partners to combat the anti-liberal agenda at home and abroad.

The troubling start to the 2020s and the mass loss of life around the world because of the coronavirus mean that leaders, parliamentarians, activists, and the public must examine their priorities for this decade. Democratic countries have had to use emergency laws and surveillance tools that have seriously infringed upon their citizens’ rights. In the face of this global crisis, these steps were necessary, yet it is vital that pro-democratic forces question, monitor and respond to such measures to ensure that they are limited and do not leave lasting damage on our access to basic rights.

In Israel, coronavirus hit at a time when Israel was facing a constitutional crisis. Our government’s response was thus implemented by Netanyahu and his outgoing interim government after failing three times to win outright in the elections and as he held on to power through a pact with Benny Gantz. The challenge we face here is thus even greater than ever before, and Israel must now contend with emergency situations in health, the economy, education and constitutionally.

A democratic society should be proud of individuals and organizations, politicians and intellectuals who criticize government activity through legitimate channels and challenge our leaders to provide the absolute best policies for their people. A state that persecutes minorities, silences political opponents through incitement and legislation, and tacitly agrees to the establishment of shadowy bodies who harass opponents of the government is one that will quickly lose what remains of its democratic character. To combat such trends and protect Israel’s identity and its most basic values, Zulat will strive to uphold equality, freedom, and the protection of minority rights. Zulat will enable moderates in Israel to reshape the discourse through an independent, positive agenda, ensuring that issues related to a democratic and pluralist society are properly addressed with a comprehensive approach that complements the advancement of liberal values worldwide. 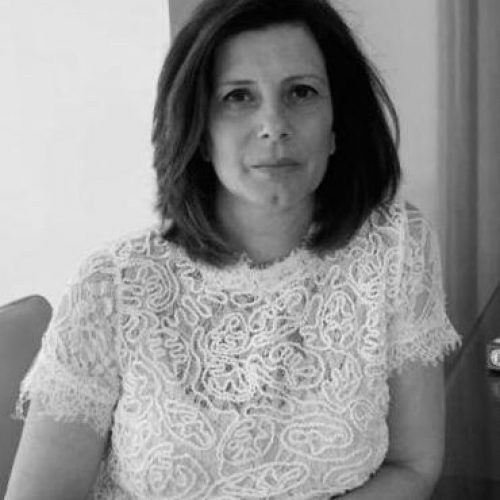